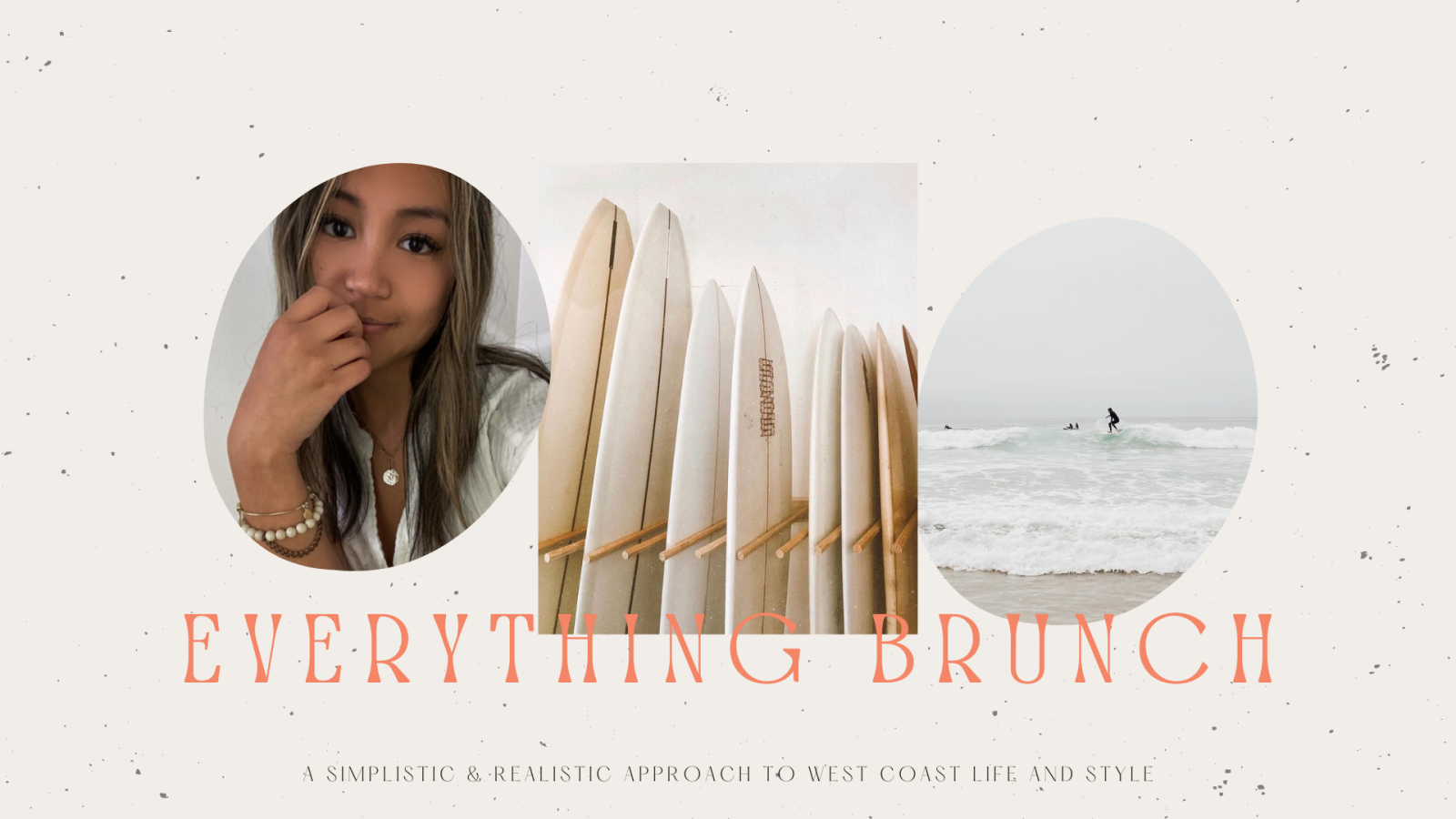 Sangria was my best friend in Spain.

Being my third trip to Europe, my recent trip to Spain reminded me just why I love to come back! Filled with beautiful sightseeing and drinking, there’s not much to complain about in Spain.

Here’s the breakdown of the series of cities I visited, what I saw and drank (spoiler: basically ALL sangria).

The capital since 1561, Madrid today is a strikingly modern city, the showcase of a country resolutely turned towards the future. Our local tour guide took us to the Puerta del Sol, Plaza de España with its monument to Cervantes, the Parliament, Cibeles Fountain, elegant Calle Alcala, and Paseo de Castellana. The highlight: a visit to the palatial PRADO MUSEUM with its priceless art treasures and dinner in a cave! 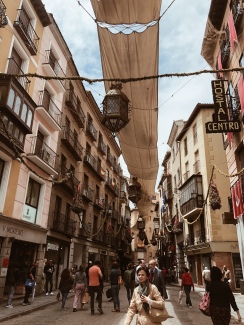 Holy Toledo! This ancient city is filled with so much history and is mounted amongst a beautiful river and greenery! We hiked all the way up to the old Jewishmosque and explored the cobblestone streets, trying tapas for the first time!

We drove south through the arid landscapes of Don Quixote’s La Mancha to Cordoba, visiting the medieval Jewish quarter, a visit to the magnificent 8th-century MOSQUE OF THE CALIPHS, famous for its 850 pillars of porphyry, marble, and jasper, the Roman Bridge, and the remains of the Alcazar. 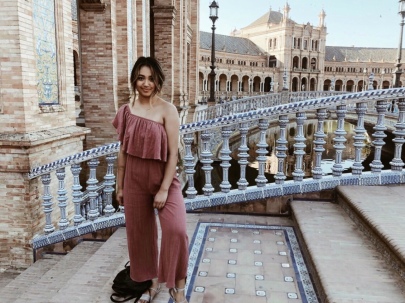 We started with a visit to Plaza de Espana, used in the movies Lawrence of Arabia and Star Wars. We walked through Maria Luisa Park, the Golden Tower on the Guadalquivir River, and the university that used to be the tobacco factory of Carmen fame. We also visited the magnificent Casa De Pilatos, a mixture of Moorish and Roman architecture with a splendid collection of Roman sculptures. Then, we strolled through the narrow lanes of the charming Santa Cruz Quarter with a fun Flamenco show and dinner! 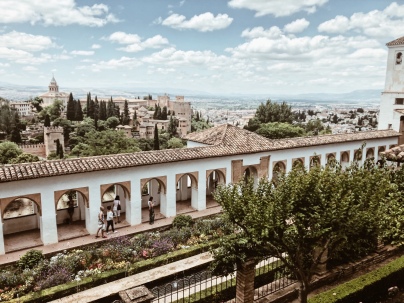 MY FAVORITE PART OF THE TRIP!! Today we visited the beautiful ALHAMBRA. The mighty yet graceful citadel was planned by 13th-century Moorish ruler Al Ahamar. A fantasy of “lace in stone” surrounded by arabesque gardens and fountains, it affords superb views of the Old Quarter and Sacromonte, a mountain occupied by Gypsy cave dwellers. We also ambled through the magnificent water gardens of generalife, the royal summer residence! 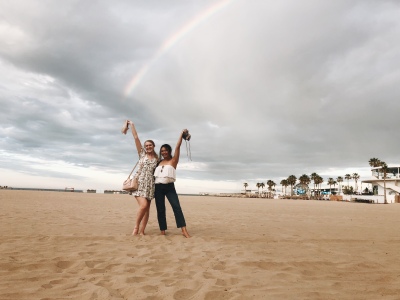 We crossed Mora Pass and the troglodyte cave dwellings, hollowed out of the soft tufa stone, near Purullena and Guadix on the way to Valencia, once a royal capital. For dinner, we sampled a traditional Horchata drink, a special paella dinner at La Marcelina restaurant on the beach!

We visited the Columbus Monument, Plaza de Cataluña, and Paseo de Gràcia. We also visited the Sagrada Familia basilica, Gaudi’s masterpiece, followed by a panoramic view of the city and harbor from Montjuïc Hill. In the afternoon, we hiked up Montserrat and had our farewell dinner at La Fonda del Port Olimpic restaurant. 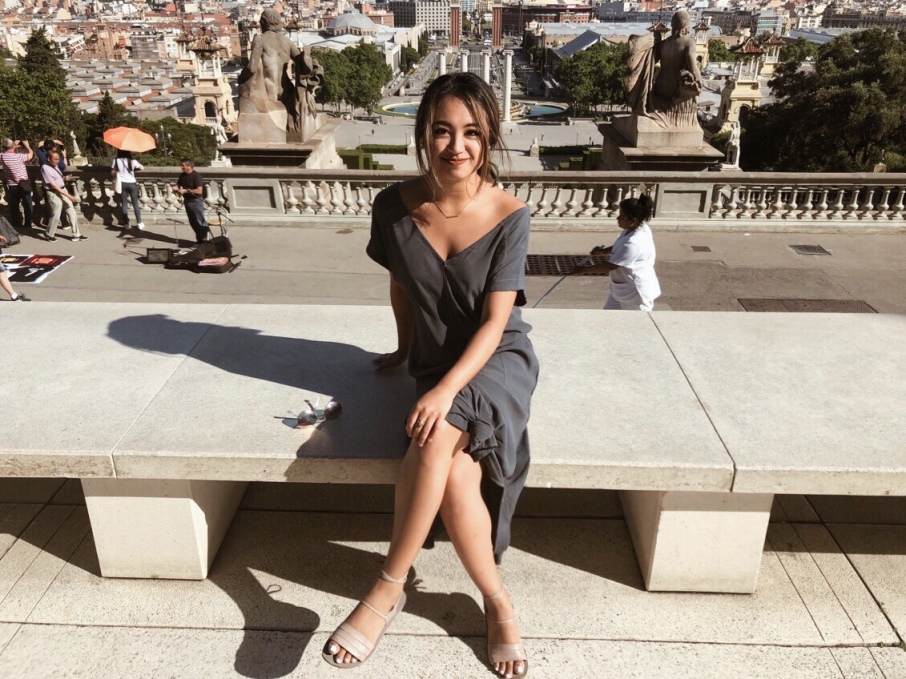 Where are you going this Summer?